A little late with the finished product, but I was able to finish my Christmas project before Christmas. I had a custom box built to house all of the components. I was able to mount the relay and the power strips. I used double-sided tape to hold all of the other components down. 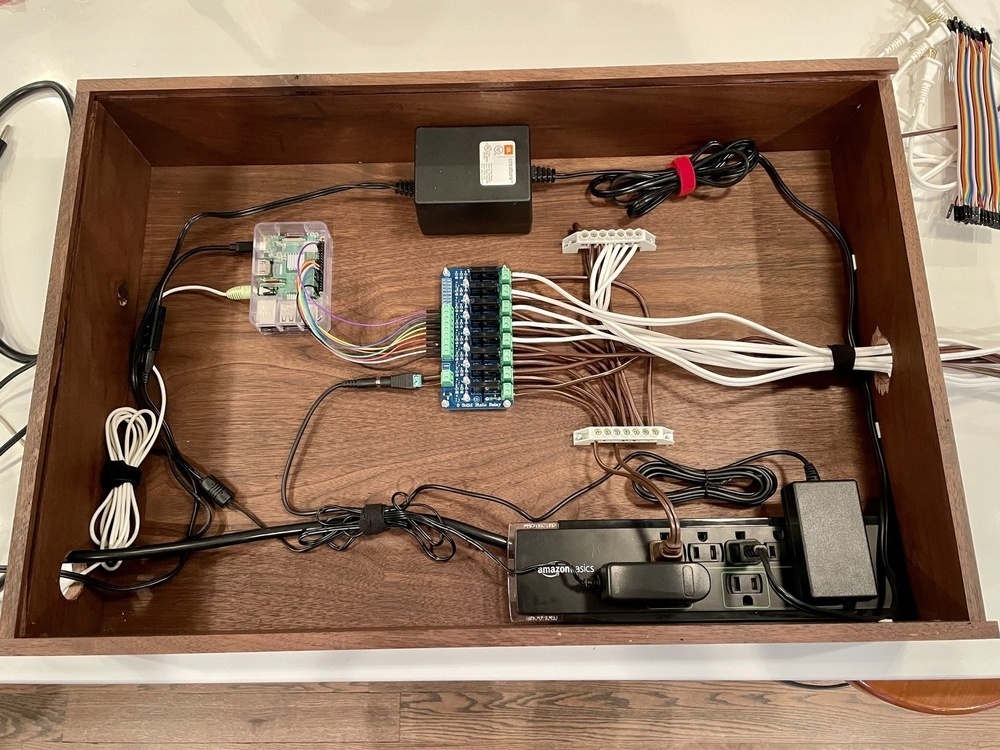 Unfortunately, the relay had a bit of an issue. The first channel would not completely shut off. So the relay would kick that channel on, then the lights would remain lit after kicking it off. I ended up starting a return process with Amazon and they shipped a replacement which made it a few days before Christmas. Unfortunately, the replacement also had an issue: the sixth channel would not work at all (lights would not kick on). I believe I will cancel the return, keep both, and start looking at part replacements. It seems like that component can be replaced with a little solder work and if I can fix these boards, I will have two functioning boards moving forward.

I plan on keeping everything together and adding on in the future. I really need to figure out how I am going to add more sequences in the future. There are websites that sell sequence files, but I would need to update my script to parse those new sequence files. I could also make my own sequences, but that would require me to analyze music file waveforms and come up with patterns myself. This seems to be quite a bit of work, especially for someone like me who is a novice when it comes to working with audio software. Oh well, that is a Christmas 2021 problem.